As we continue on our journey to build and strengthen our character, there are two personal skills that throughout history have been critical to ensuring lasting success in building healthy relationships and having a positive impact in our life’s effort.  The first of these skills will be covered this week and the second will be addressed in next week’s blog.

There is one skill that has been proven over and over again to be a stronger predictor of lifelong success than any other including IQ, social class, formal education etc.  Philosophers in ancient civilizations, the world’s major religions, and modern day psychologists all speak to the importance of building this personal skill in order to best position us to have a life of positive impact.

The personal skill deemed critical is self-control in the form of delayed gratification. Delayed gratification is the ability to resist the temptation for an immediate reward and wait for a later, often greater and more enduring reward.

The personal skill to resist the pull of instant gratification to meet an immediate need by focusing on a longer term goal is worthy of our attention as we build and strengthen our character.

In the modern era, there were two important studies initiated in the 1960s and 70s that formally measured the long term impact of delayed gratification that set in motion numerous repeat studies that have continually proved the importance of this skill to a life of positive impact.

The children of Dunedin (over 1,000 kids born over a single 12 month period) were studied throughout their school years on numerous skills including their tolerance for frustration and their ability to concentrate and exercise self-control.  They were followed up over 2 decades later and assessed across of series of measurements for health, wealth, relationships, and crime rates.

The Marshmallow Test basically placed 4 year olds in a room with their favorite treat (in most cases Marshmallows).  Researchers told the children that they can have one marshmallow right now if they wanted it.  However, if they did not eat it until the researcher came back after taking care of a few tasks, they could have two marshmallows.  About one third of the kids held off until the researcher came back about 15 minutes later and were rewarded with 2 marshmallows.  The children were followed up decades later and assessed on a number of important aspects of life. In both seminal studies, the results were clear.  The kids who demonstrated the skill of delayed gratification had a lifelong difference in terms of healthy relationships, financial well-being, low crime rates and a host of other positive outcomes.  Self-control, in the form of delayed gratification, proved to be a stronger predictor than any traditional measure.

Studies like the ones at Dunedin and Stanford have been repeated and demonstrated similar outcomes.  Today’s academics have demonstrated strong evidence in support of the teachings of ancient philosophers and the world’s major religions.

The capacity to develop self-control demonstrated by these kids, and the same can be said for adults in the journey to live a life of positive impact, can be summarized in two important areas:

In very practical terms for all us, the ability to build healthy relationships starts with (a) our ability to disengage from the strong pull to meet our own immediate selfish desires and (b) our ability to take a deep breath and realize the more significant goal of a healthy, positive, long term relationship is what we are striving for.

As we put effort into developing our self-control to resist instant gratification and focus on the long term goals of health in our relationships and having a positive impact on our surroundings, we will continue to build and strengthen our character and our Character Creates Opportunity® for us to reach our full potential and set an example for others to follow. 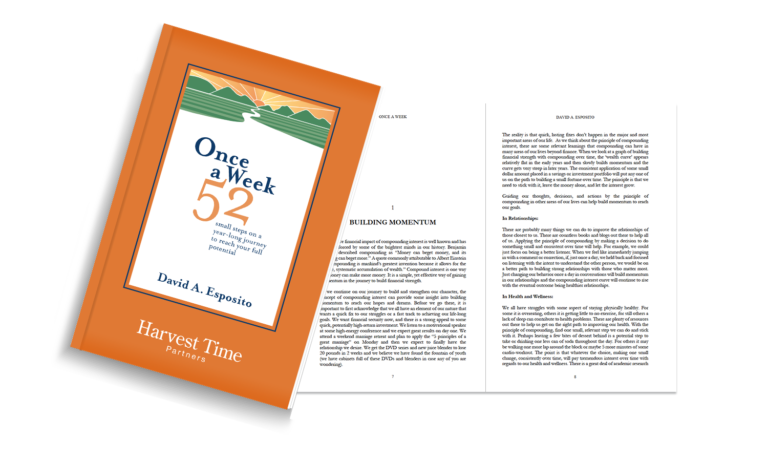